Industry recognizes several individuals for their outstanding leadership and support.

This annual fall business meeting brought more than 230 fishing and boating industry and community leaders to provide a venue to discuss the issues impacting recreational fishing.

During the Summit, ASA recognized three individuals who have given generously of their time and company resources in support of the industry with the association’s highest awards. 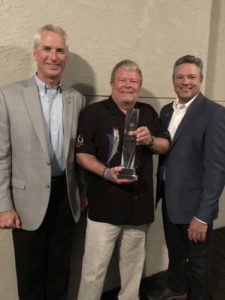 Government Affairs for Costa. Bulthuis was recognized for his extraordinary leadership and lifelong commitment to recreational fishing and the sportfishing industry.

Dave joined Costa in 2003 as Vice President of Sales. Prior to joining Costa, Dave had 25 years in progressive sales experience, most of which had been in independent rep organizations.

Dave was an integral figure on ASA’s board of directors for eight years, including as Chairman of the Board from 2015 through 2016. 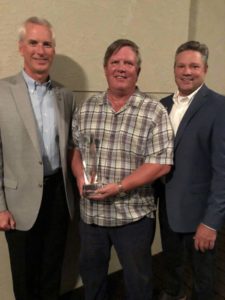 ASA’s Future of Fishing Award was presented to long-time ASA member, Jeff Pontius, recently retired from his role as President and CEO for ZEBCO Brands. He was presented this award for his commitment to recreational fishing’s future through growing participation in the sport and his leadership in the industry’s trade association.

He also served on the Recreational Boating & Fishing Foundation’s board of directors as Chairman from 2003 through 2007. He returned to the board in 2015 where he has an At-Large seat on the Executive Committee.

“Throughout their careers, both Jeff and Dave have demonstrated amazing leadership and dedication to their respective companies, the industry and to the American Sportfishing Association,” said ASA President Glenn Hughes. “Their willingness to go the extra mile and do what it takes to get people out on the water has had a positive impact on our sport. On behalf of all ASA’s members – and anglers everywhere – I say, ‘Thank you and congratulations!’” 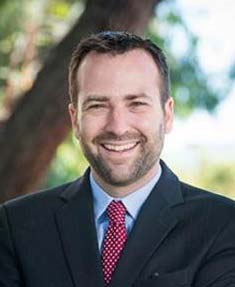 Sen. Allen introduced the bill to end commercial drift gillnet fishing which was signed into law by Governor Brown this past September. The legislation phases out the use of mile-long nets that drift in the open ocean, compensates drift gillnet fishermen and encourages a transition to innovative new sword fishing gear.

“Sen. Allen’s leadership and tireless efforts to phase out drift gillnets off the California coast are responsible for this landmark victory for anglers, recreational fishing-dependent businesses and marine conservationists not only in California, but nationwide,” said ASA Government Affairs Vice President Mike Leonard. “His dedication to the issue and willingness to work with all parties to find the best path forward were instrumental in the bill’s ultimate success, and we are proud to award him as Legislative Champion.”