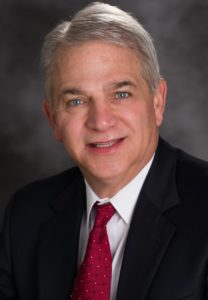 The award was presented during this year’s American Boating Conference welcome lunch and honors those in the marine manufacturing community that have shown an outstanding commitment to conservation.

“Mike Nussman is committed to sharing his passion for fishing with others and ensuring recreational fishing exists for future generations,” said Jeff Angers, president of the Center for Sportfishing Policy. “Mike serves as an example of a true leader in conservation, and we honor him for playing an important role in the battle for access to America’s public fishery resources.”

Nussman served as ASA’s president and CEO for 17 years before retiring last month. He first joined the association as Vice President for Government Affairs in 1993 and took the helm as President and CEO in October 2001; however, his experience in fisheries policy and Congressional relations spans decades.

One of Nussman’s many career achievements includes serving as the driving force behind legislation that established the Recreational Boating & Fishing Foundation, which has provided nearly $100 million for a nationwide, collaborative campaign to promote outdoor pastimes. He also played a pivotal role in developing ASA’s ability to educate and inform the outdoor community about issues that impact public resource access and participation in recreational fishing through ASA’s national angler advocacy campaign, Keep America Fishing and its Florida-based Keep Florida Fishing program.

Nussman has dedicated his career to driving legislative and industry success through a careful balance of conservation efforts, while also preserving access to our nation’s resources. This commitment to angler access and marine conservation helped marry recreational fishing with the recreational boating industry, driving synergy between two inextricably linked communities of advocates and leading to a unified voice for the outdoors.

“ASA wouldn’t be where it is today if it weren’t for Mike Nussman,” said Glenn Hughes, who took over as the association’s President following Nussman’s retirement last month. “His work as a conservationist and champion for recreational anglers is unmatched.”

The Eddie Smith Manufacturer of the Year award was established by CSP in 2012 to honor extraordinary commitment to conservation by manufacturers. In addition to being known as an iconic member of the marine manufacturing community for his work on numerous industry boards and other leadership roles, Smith was presented with ASA’s Lifetime Achievement Award in 2001.