These outdoor writers are recognized for helping promote recreational fishing

Alexandria, VA – September 24, 2019 – The American Sportfishing Association (ASA) is pleased to announce that five writers have been selected to receive the inaugural ASA Angling Awareness Awards.

These awards recognize writers who inspire people to participate in recreational fishing. One person was chosen to receive the Grand Prize award, which will be presented during the 2019 Sportfishing Summit being held October 8-11, in Stevenson, Wash.

The awards recognize writers who write the most effective consumer-facing content that focuses on: recruiting new anglers into the sport; retaining current anglers; or reactivating lapsed anglers back into the sport. 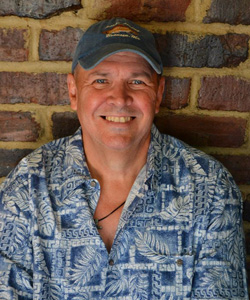 ASA is pleased to recognize veteran outdoor writer Kenneth L. Kieser as both the overall Grand Prize winner and the recipient of the Reactivation/Non-endemic category award. His article titled “Fishing is a Calming Experience” ran in the June 15, 2019 edition of the Independence, Mo., newspaper, The Examiner.

Kenneth L. Kieser is an outdoor communicator with 43 years of experience under his belt.

Kenneth served as President of both the Missouri Outdoor Communicators and the Southeastern Outdoor Press Association. He also served two terms on the Association of Great Lakes Outdoor Writers’ board of directors.

Kenneth is grateful for the recognition, and is also very proud of the program he created in his community to introduce children with multiple physical challenges to the world of fishing. 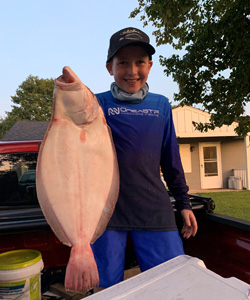 William won the Recruitment/Endemic category for his article that ran in The Fisherman’s March 2019 edition: “Make Fishing Fun Again: Lessons from a 10-Year Old.”

William Evans is 11 years old and has been fishing since he was two. His first fish was a fluke, also known as summer flounder. Ever since he dropped a line in the water, he knew he was “hooked” on fishing. He also enjoys introducing other people to fishing, especially his peers.

Besides fishing he also enjoys playing ice hockey. William volunteers to help people with special needs experience the thrill of being on the ice. 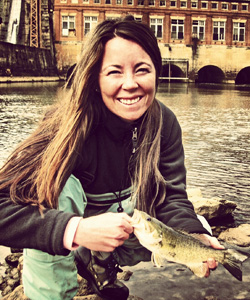 Pamela won the Reactivation/Endemic category award for her article that ran February 24, 2019 on N1Outdoors.com: “Catching Trout and Releasing the Pain.”

Pamela Corwin is a native South Carolinian, working as a wildlife and freshwater fisheries biologist for the South Carolina Department of Natural Resources (SCDNR). She grew up fishing for crappie and striped bass, and her love for the outdoors has never waned. She currently lives near Charleston, S.C., where she fishes every time she gets the chance.

Pamela was also a Sergeant in the S.C. Army National Guard working in the Suicide Education and Prevention Program. Pamela knows first-hand what the road to healing can encompass, and how time on the water with a rod and reel – with just the fish doing the talking – can benefit so many people who are struggling. 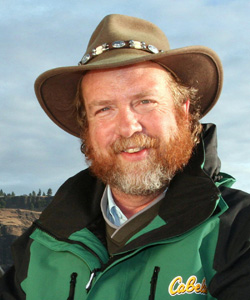 Keith won both the Recruitment/Non-endemic and Retention/Non-endemic categories. In the Recruitment category, his article “Fishing Beneath the Boughs of Ancients” was the winner for the May 2018 edition of Life in Chenal magazine. He was also winner in the Retention category with his article “Fishing for Chainsaws!,” which ran in the same publication.

Keith “Catfish” Sutton’s first article about fishing was published in 1978, the same year he earned a degree in wildlife management at Arkansas State University.

He started out writing for a small weekly newspaper but went on to become one of the country’s best-known outdoor writers and photographers, with articles in publications such as Outdoor Life, Field & Stream, Sports Afield, In-Fisherman and North American Fisherman. He has written 13 books, including Fishing Arkansas, Fishing for Catfish, The Crappie Fishing Handbook and The Bassing Bible.

In 2011, Keith was inducted into the National Fresh Water Fishing Hall of Fame as a “Legendary Communicator.” 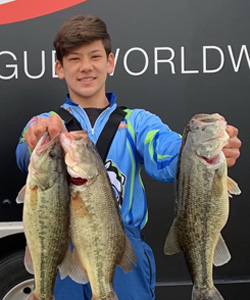 Carter won the Retention/Endemic category for his article that ran in the June edition of Midwest Outdoors, titled: “Why You Should Start a High School Fishing Team.”

Fifteen-year-old Carter Wijangco is a frequent winner of adult and high school fishing tournaments, including the 2018 Bassmaster Junior National Championship in Tennessee. A suburban Chicagoan, Carter has been fishing locally for the past 10 years and has been involved in tournament bass fishing for the past five.

He is working toward his Eagle Scout rank by building fish cribs for a local community forest preserve and hopes to someday fish at the professional level.

ASA thanks St. Croix Rods for being the inaugural Angling Awareness Awards sponsor. As part of their sponsorship, each winner will receive a customized St. Croix rod in addition to a cash prize and an award with the Grand Prize winner receiving the award during the Sportfishing Summit.

“St. Croix has been committed to growing participation in recreational fishing at all levels throughout its 70-year history,” said Jesse Simpkins, St. Croix’s Marketing Director. “When you look at the ages of the winners, it’s clear that fishing’s future remains bright.”

Simpkins concluded, “We’re honored to be the inaugural-year sponsor of our sportfishing industry’s writing awards.”