The American Sportfishing Association (ASA) is pleased to announce that Kirk Ross, mostly recently with the Arkansas Cattleman’s Association (ACA), is the association’s new Membership Director. 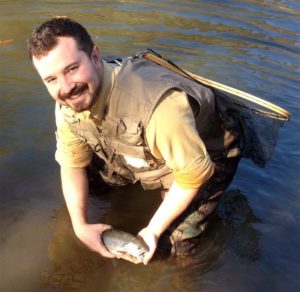 “Kirk has the experience and passion to complement our established ASA team,” said ASA President Glenn Hughes. “He is an avid angler which will serve him well in representing our association, as well as understanding the business needs of our industry.”

“I jumped at the opportunity to join the American SportfishingAssociation’s staff,” said Ross. “I’m a lifelong angler and I want to make sure that fishing remains relevant to future generations. To do this it is imperative that the sportfishing industry remain robust as we work to advance our collective interest. I am humbled and honored to work for ASA and I look forward to speaking with and meeting many of our members before and at ICAST.”

Ross began his career with the ACA in 2013 as their Membership Director. The ACA has approximately 8,500 members. He had a wide-range of responsibilities which included developing and implementing member recruitment and retention programs; helping manage the association’s annual area conferences; providing editorial content for the association’s publications and social media; and representing the ACA at state-wide meetings.

Prior to his tenure at the Arkansas Cattleman’s Association, he was a Legislative Assistant with the Association of Arkansas Counties.

Ross has a B.S. in Political Science from the University of the Ozarks. Kirk will work out of ASA’s Alexandria, Va. headquarters, working closely with the ICAST team and other program areas.