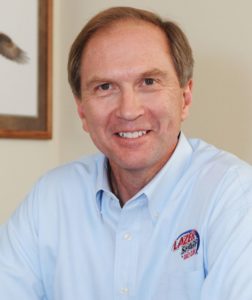 Upon learning of his sudden passing, on behalf of the American Sportfishing Association’s members and staff, I extend our sincere condolences to the family and friends of long-time member, Donn Schaible.

Donn was the former President and CEO of the Wright & McGill Co., located in Denver, Colo.

Donn was instrumental in the growth of the American Sportfishing Association. He served on the Executive Committee as Treasurer of the Board of Directors for four years and Secretary for two years. He served on the board from 2013 through March 2018.

Donn was committed to his company, the industry and the association. He always provided a steady hand, no matter what the challenge. His positive attitude and support was endless and we will be forever in his debt. He will be missed by all.